Typically, Ejectors are constructed from fittings, flanges, pipes and forgings. The body of the Ejector is the pressure retaining shell and is mechanically designed and constructed in accordance with International Standards, Piping Code ASME B31.3 and NACE MR 0175/ISO 15156.

Small Ejectors are self-supporting, larger Ejectors are supplied with support saddles/feet for horizontal or vertical installation within pipelines.

All Transvac Ejectors are custom designed in accordance with international standards and codes including ASME B31.3, ASME VIII Div.1, PG5500, RTOD, EN13445, EN13480. We also comply with client’s specified standards and specification for each project. However, 95% of Transvac Ejectors are mechanically designed in accordance with the Piping Code ASME B31.3 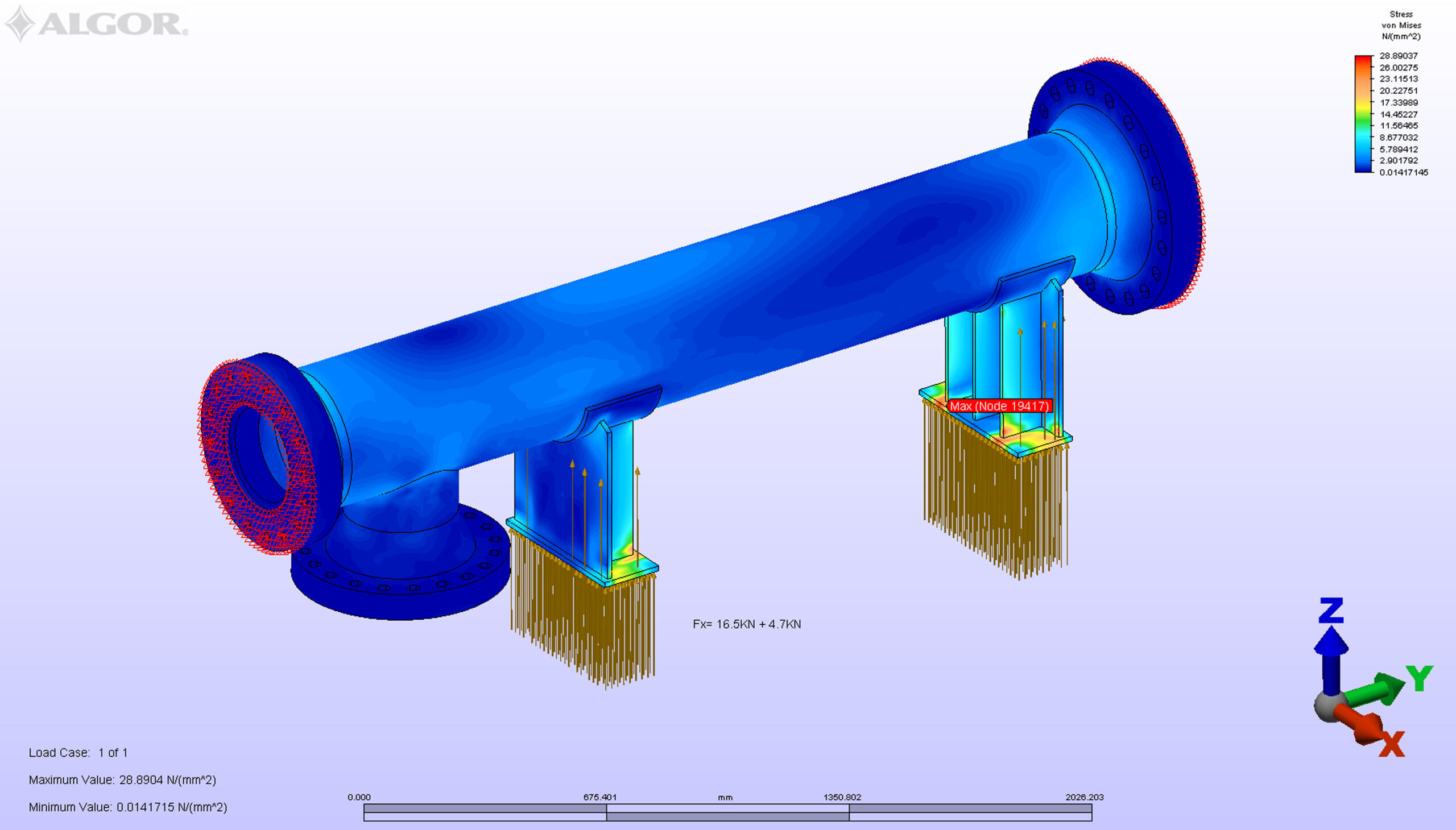 Why is ASME B31.3 preferred as opposed to ASME VIII for Ejectors?

Ejectors (and associated Silencers, if required) are pipeline installed items of pressure equipment, where the connection sizes are the same as those of the connecting pipework. They are designed for the continual flow of fluids through them and are not designed to store or retain fluids in any way. Therefore, it is appropriate to use the Piping Code ASME B31.3 or sometimes EN 13480.

Ejectors and Silencers supplied into the European Union will also comply with the Pressure Equipment Directive (PED) 2014/68/CE and will be CE marked as appropriate.

Third-Party Design surveillance is sometime included, but as the design code is normally ASME B31.3, the services of a Third-Party Inspection Authority is not required. However, Transvac will provide free access to its works at mutually convenient times for a client’s own or Third-Party inspectors.

Because of the general construction of Transvac Ejectors, it is impractical to apply direct nozzle loads and applied bending moments using recognised techniques such as WRC 107/297 and/or PD5500 Appendix G, for example. This is because such techniques are only applicable to cylindrical nozzles radially attached to constrained cylindrical vessels, within certain geometry limitations.

However, Transvac range of Ejectors are more similar to piping items than vessels because they are not designed to store fluids, they are not usually constrained and finally, often have nozzle to shell size ratios which lie outside the geometry permitted in the above techniques.

Further, if the Transvac Ejectors was analysed as vessels, then when calculating for nozzle loads, we would have to assume certain boundary conditions, which may prove unrealistic when the items are eventually considered as an integral part of the overall piping system.

Practice has shown that the most acceptable and expedient approach is for clients to consider Transvac Ejectors as an integral part of the piping system when performing their piping stress analysis. This would be carried out using drawings supplied by Transvac. This approach allows clients to treat Ejectors as integral components of the piping system at an early stage of the project, thereby avoiding possible costly changes at a later date.

Transvac Ejectors are mechanically designed in accordance with the Piping Standard ASME B31.3, client Piping Specifications and relevant client (Aramco) specifications. Ejectors are as simple to install as piping items and do not require any special commissioning requirements.